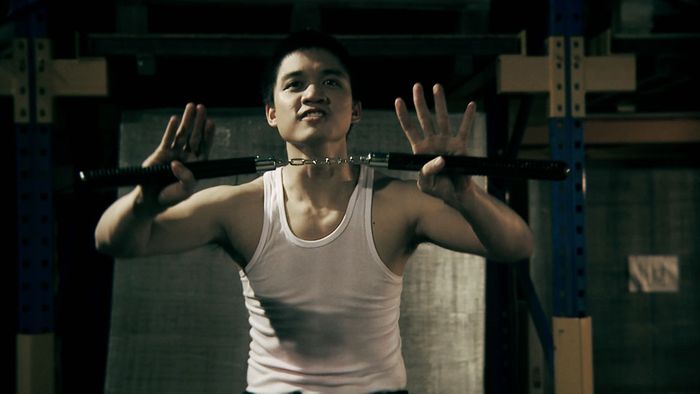 Eric 'Iron Fan' Kao and Bronson 'Dragon' Lai are in the midst of shooting a Kung Fu film when Bronson spots Eric with Vivienne, his girlfriend. Thinking Vivienne is cheating on him with his best friend, he quits in the middle of the shoot. Crew and cast left behind try to save the day, but nobody can replace Bronson.

Sorry, Damaged Kung Fu is not available to watch at home in Spain at the moment